Did you see the woman knitting during the coverage of Andy Murray’s match? I did and heard the commentator mention it. At the time I wondered what she was knitting in that bright pink yarn.  I was actually impressed at the good use of her time multi-tasking.

Then surprisingly on Radio 2 yesterday lunchtime there was a whole discussion on the resulting Twitter exchange of pro/anti views on knitting while watching a Centre Court match: A waste of a ticket? An insult to the players; what if one of them had looked up and seen her knitting? Is there a safety issue to the players? Is the noise distracting to others? Can knitters concentrate fully while they knit?

Jeremy Vine interviewed a woman while she knitted a scarf; to see if she could maintain eye contact, concentration and hold a conversation. Unsurprisingly she could do all three. He also talked to a student who knit in lectures as the Christmas holiday loomed and her presents were still being created, and a woman who teaches knitting and takes hers on the train. The only negative comments were read out and seemed largely to be from men!

If you can access the BBC iplayer the discussion was on Radio 2, Jeremy Vine 02/07/12 around 141 minutes into the programme. This link will only last for about a week.

Newspapers have asked ‘Are you the woman who was knitting at Wimbledon? Do you know this woman?’ Here’s one article from The Telegraph.

And here are a few pro-knitting at Wimbledon tweets, predictably from a couple of Knitting magazines:

We love this woman who #knitted at Wimbledon! http://www.dailymail.co.uk/news/article-2167281/Wimbledon-2012-All-eyes-Andy-Murray-interested-knitting.html

Katie here! After the Wimbledon debacle I think we should all go for some public knitting to increase awareness… http://fb.me/1igLEV6JT

So, what do you think about public knitting, particularly at a sporting event like Wimbledon? 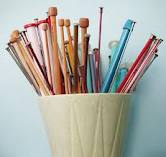 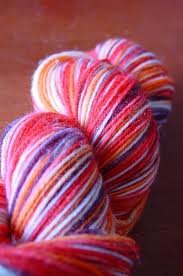 I’m tootling about online after my chocolate eating, crocheting, sunny Saturday afternoon and I check in to Twitterland to see this tweet and photo:

“Mr Scrappy dries his eyes after England lose to Wales at Twickenham.”

… .or that he would be such supportive company to the 6 foot, beer drinking, peanut eating rugby watcher downstairs!