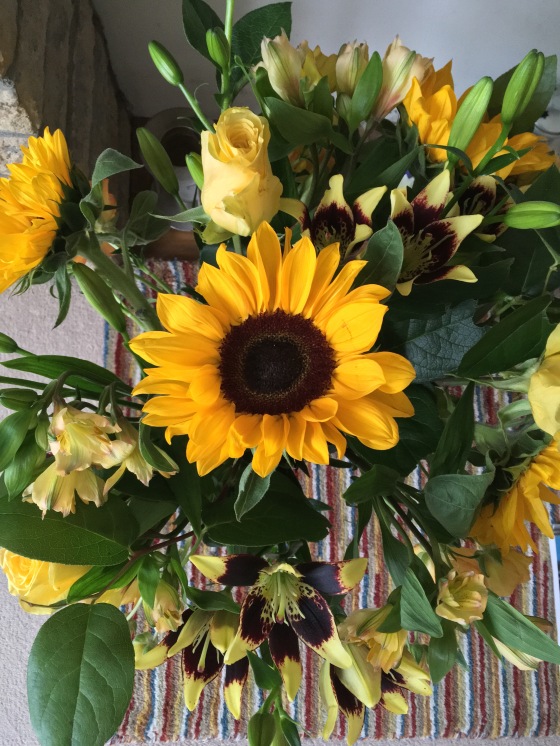 Hurray! Have yarn, can crochet!

I don’t know what it is at the moment but I’ve seen other people writing that they’ve also really caught the crochet bug again. I’ve seen some very prolific knitters saying they’re finding it boring and crochet is much more appealing. It’s something about Spring maybe, unless you’re in the Antipodes and are also feeling the same way?
When I went into the yarn shop to buy these two at lunchtime I told the woman how I’d felt unwell, stayed at home to be quiet and rest, but had run out of yarn on the two days when it was impossible to restock. She took a hard look at me and said “You don’t sound too clever now either!” Well, it’s Star Wars day today, (May the Fourth…get it?) so let’s just say my dodgy chest and resulting growly voice is part of my Darth Vader persona.

Someone is off on a road trip from today, visiting lots and lots of fisheries and catching up with old friends. I’ve come home to a pretty card, this lovely bouquet and a tip telling me where emergency money may be found. Does running out of gin count? A strong strong hankering for my first Chinese takeaway in a year? Household-wide chocolate famine? 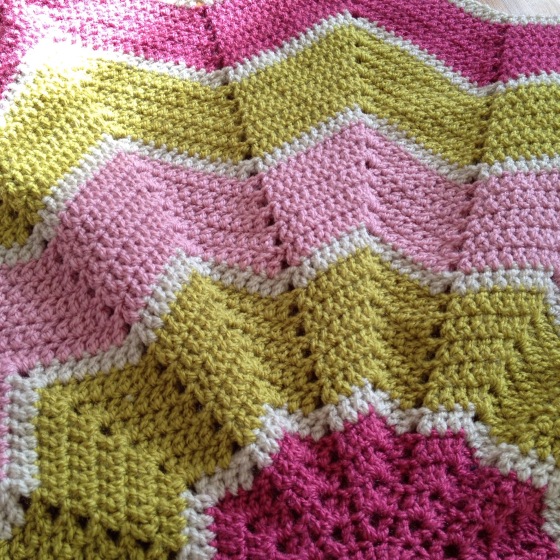 This second 12 pointed star ripple baby blanket (or lap blanket as it kept my legs nicely warm, while I sewed) took me just a few days to crochet. Then at least a week to darn! There were more exciting things to go onto; with a new Hitchhiker scarf in progress and the Spice of Life CAL last week. But I made myself finish as I loathehaving unfinished tasks hanging over my head. All the pattern details etc can be found in the blog post I wrote after finishing the first.

The yarn colours in this one are Stylecraft Special DK: lime, raspberry, pale rose and parchment.

Oh my goodness I feel poorly today! I’ve come down with a stinking cold. They knock you for six, don’t they? It’s so long since I had one this bad. I’ve really appreciated mugs of peppermint tea, easy knitting and this week’s Downton to cheer me up this afternoon.