I’ve seen Three Good Things lists around quite a bit lately. Stopping to think about the good things means you’re focusing on positives.

They can be big things or small things, even really tiny things. I think that’s probably the point – noting even ordinary things for which you are appreciative and grateful; such as a perfect cup of tea, the smell of clean laundry or a funny shaped cloud that drifted by. It’s valuable practice, particularly during these strange and worrying times as it anchors you to what’s good.

Actually, I have a FB friend who has posted her ‘Happies for today’ for literally years and years. They’re nice to read as well as well as helping her.

I’m going to post mine here whenever I fancy. So here’s today’s:

I look out for these plums every summer. They aren’t around in the supermarkets for long and when I see them I snap them up. These are the first I’ve seen this year.

These were grown in Kent (England.) So sweet and tasty. 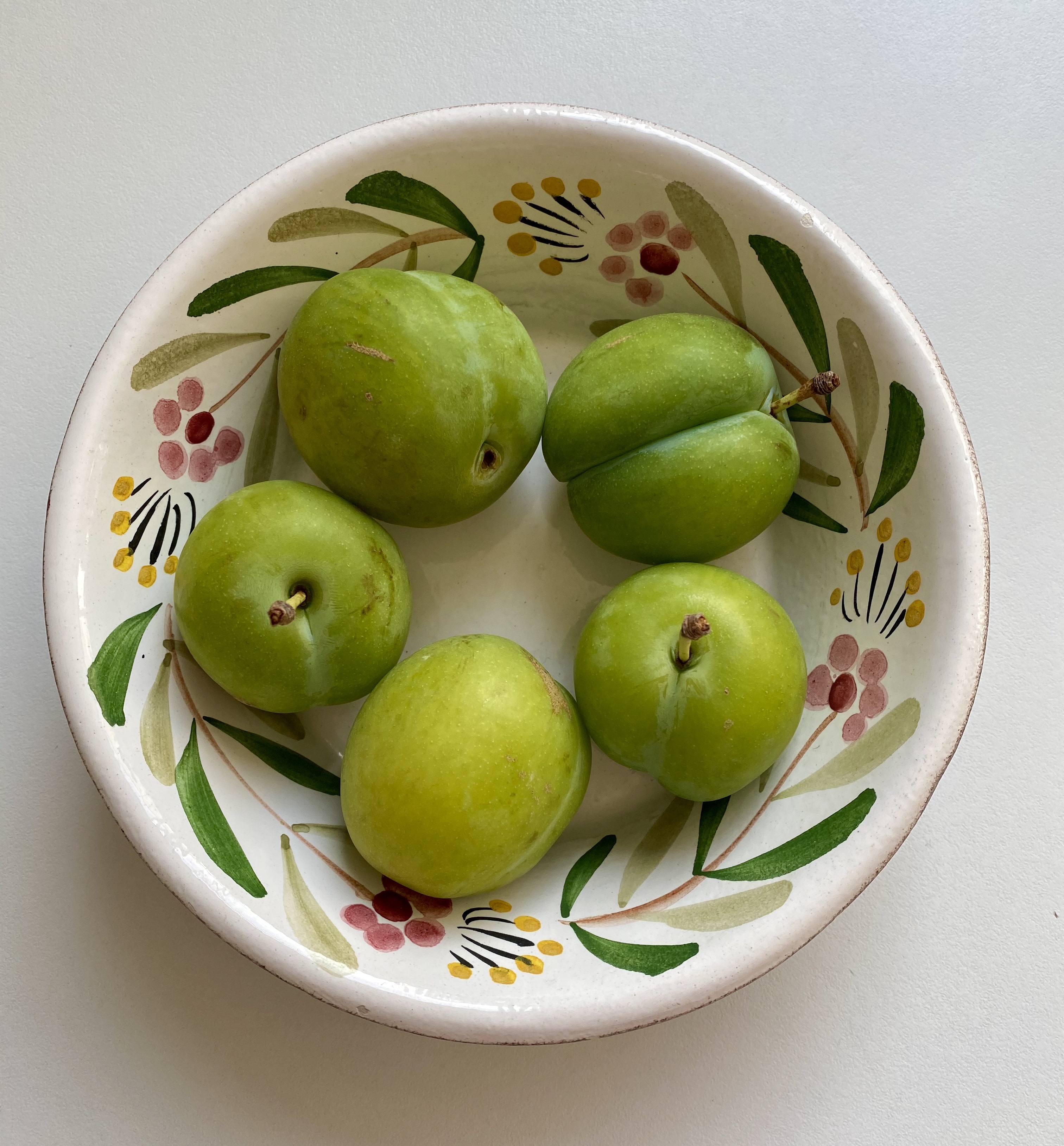 Just a few from my garden, it’s absolutely full of colour and buzzing. It’s bee paradise out there!

Hydrangea – this was taken in late June. It’s now changing colour but just as lovely 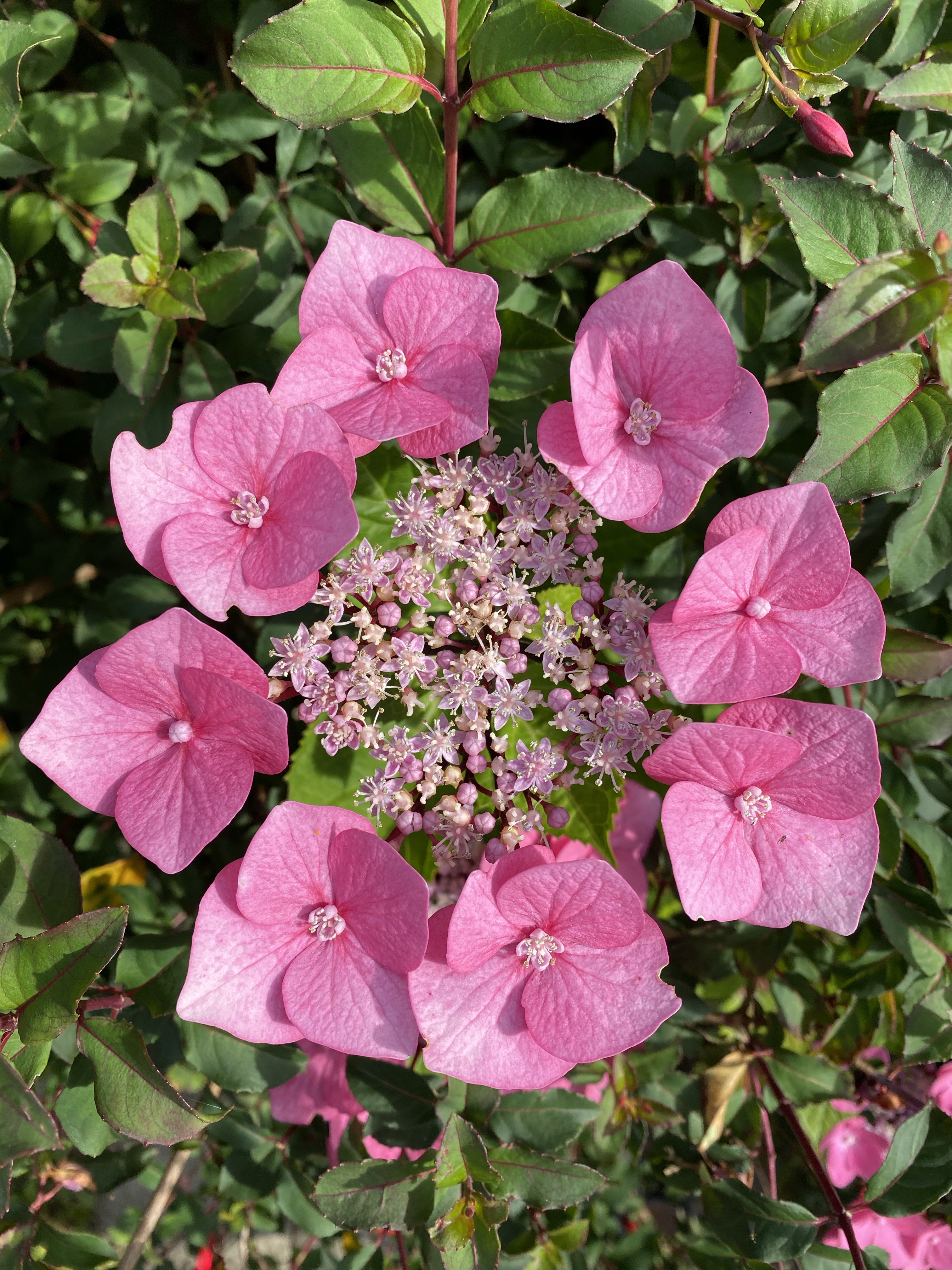 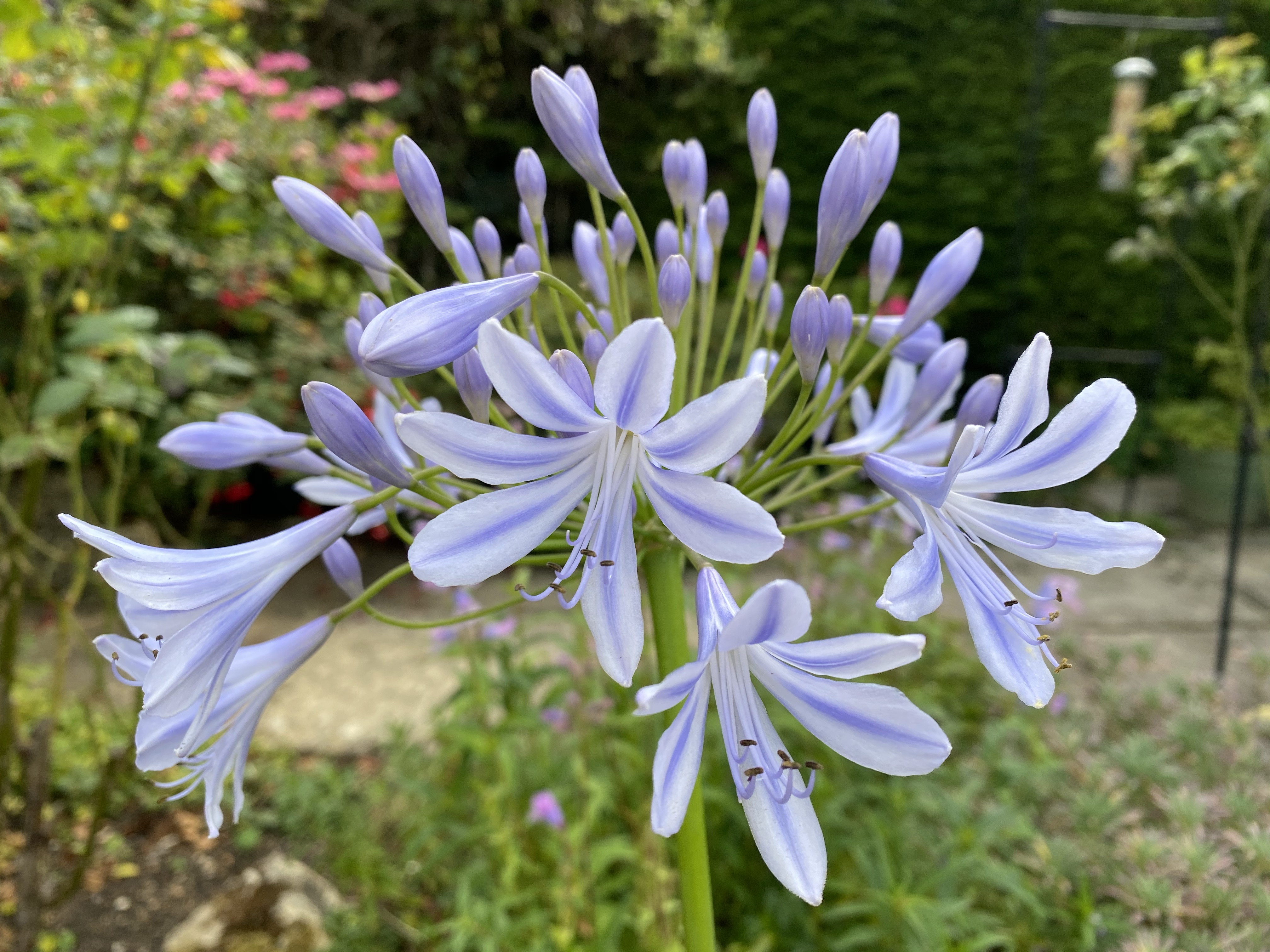 Finally the agapanthus flowers have begun opening – I always loved seeing these along a part of the Thames Path in London. This is the first time I’ve had any in my garden. There are more too. 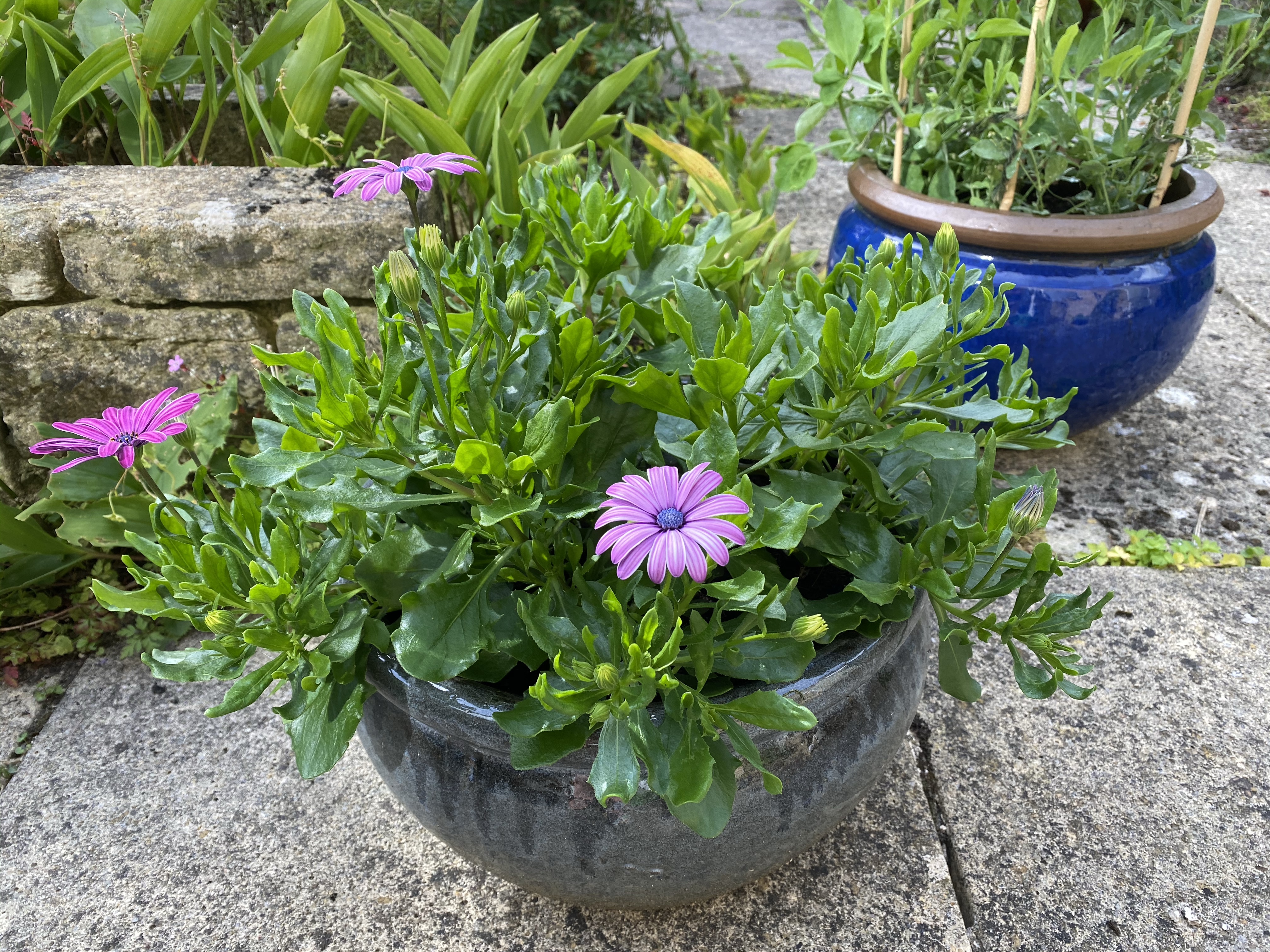 Osteospermum. I bought this in June. You see how it’s trebled since I repotted it? It’s now absolutely covered in buds again too. A close up of the flowers – all different shades of purple. 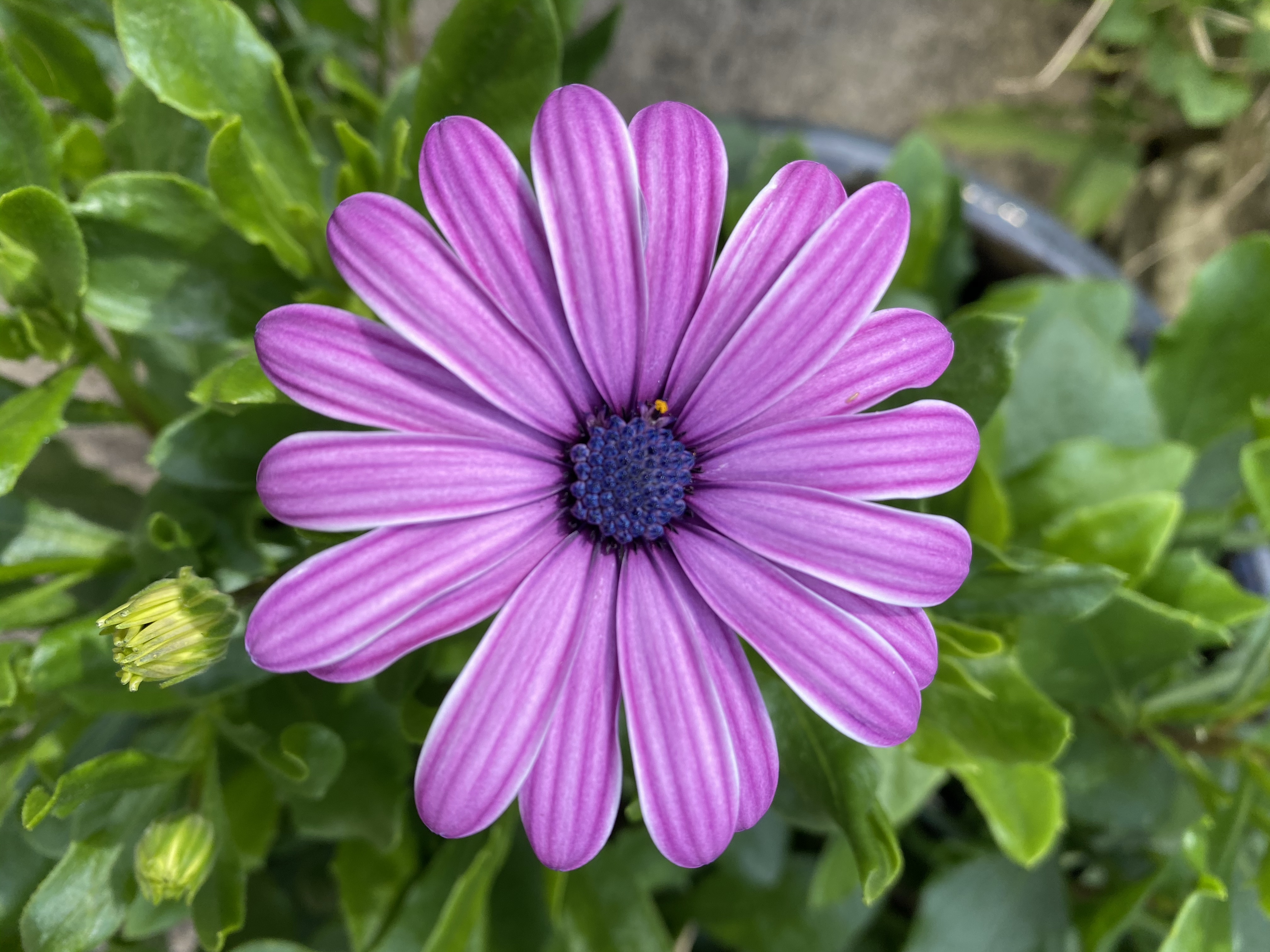 So kind – I was offered this bunch of dahlia straight out of someone’s vase. She has grown herself a flower garden and said she could always pick herself some more. Aren’t they beauties?

3: Being able to do a bit of crochet again!

Not too often and very carefully, but you can imagine how much I’m enjoying it. This was yesterday, sitting on my garden bench while listening to some music. 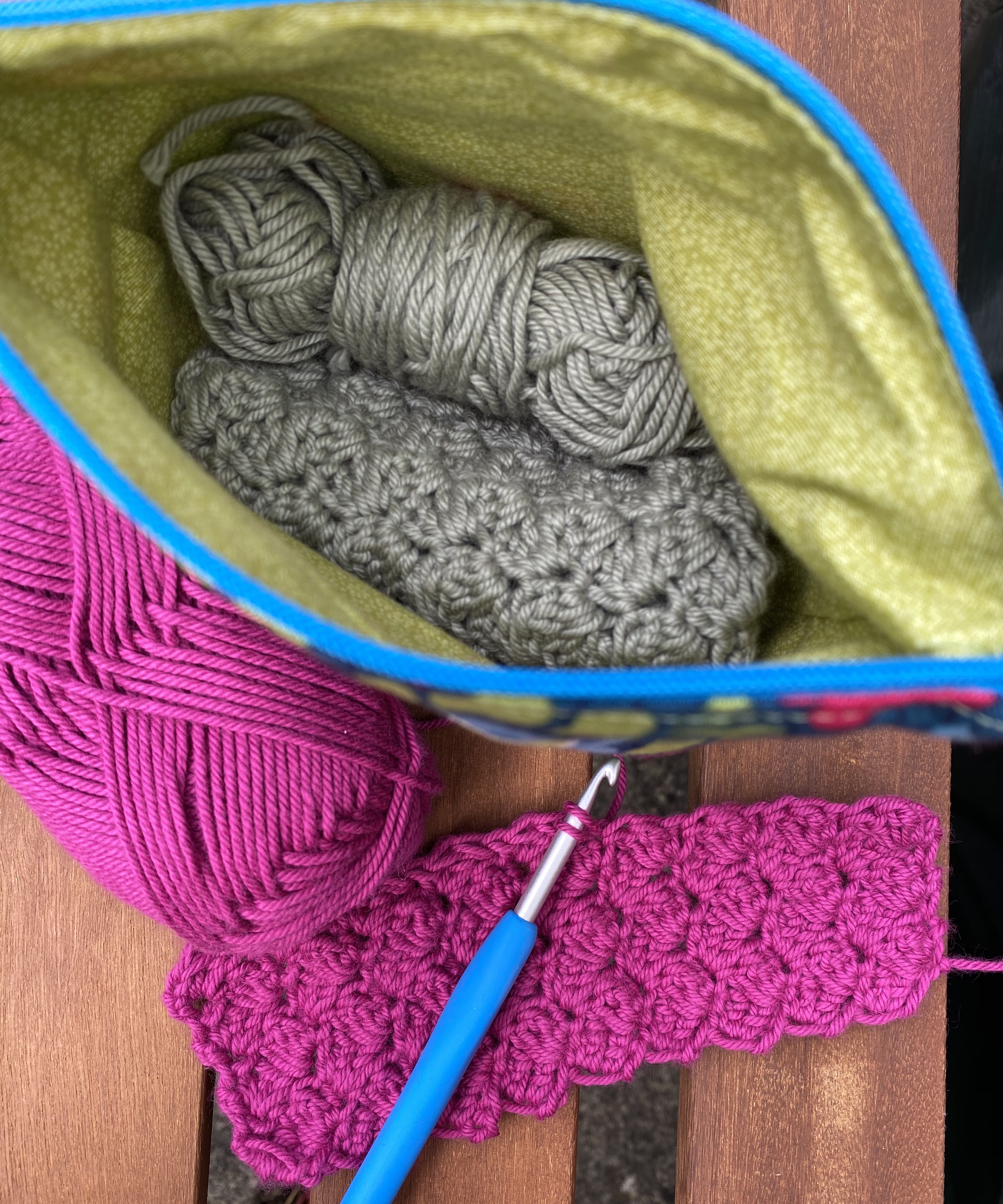 That’s the second side of my pot holder. Then when that’s done I’ll be pulling out my next Lucky Dip from my craft box of mystery long-ago started items!

Would you like to post your Three Good Things somewhere? With or without photos, anywhere you fancy. Even in a notebook or on a scrap of paper no one else will ever see. It’s for you. But if you do fancy sharing – tag me! I’d love to see yours.