I know I said I’d do a lucky dip delve into my craft box to come up with bags containing mystery items. I’d concentrate on finishing, or unravelling, long ago started things before starting anything new, but blame my friend.

She messaged me last week with two shawl pattern pics asking which one she should pick. Then I say a day or so later that I really have an urge to knit.

Digging through my craft cube I found yarns I’d forgotten all about, some really nice stuff that’s been tucked away for a lonnnng time. I’d done that deadly thing of keeping it ‘for best’ and it ended up there for years. Today is the day I decided. Just make something, anything, with it.

Life’s a bit like that in general at the moment, isn’t it? On Simon Mayo’s Books of the Year podcast author Sabine Durrant said that she’s always finished books, no matter whether she’s enjoying them, or not. However now she will give up on some. It’s the same sort of thing. This year is making us think about some aspects of life a little differently. 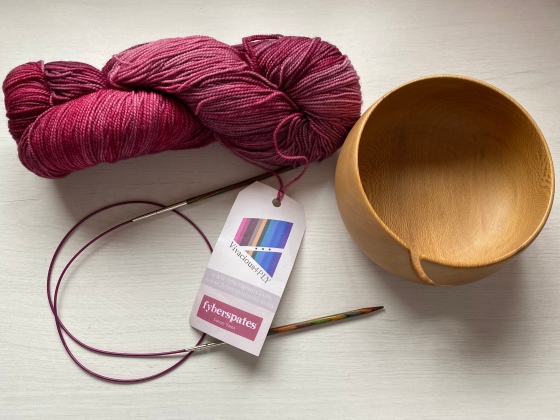 It’s really pretty. The colourway is Spiced Plum and it’s by Fyberspates. It’s 100% merino 4 ply. Very pretty. I bought it years ago in iknit in Waterloo, London. I googled to see if they still sell it and found the shop has closed. I can’t find any more information about when, why or if they’ve moved. What a shame.

I’d kind of forgotten that with luxury skeins of hand-dyed yarn you can’t simply pick them up and start knitting; before you begin there’s hard manual labour to do! 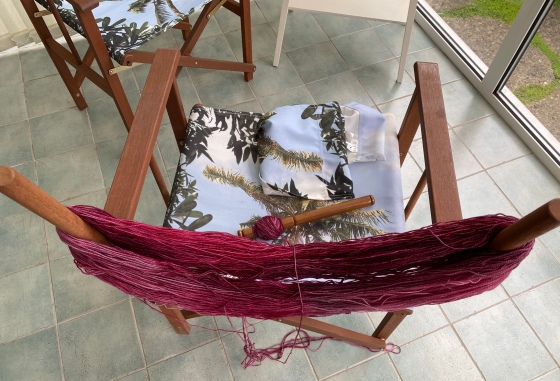 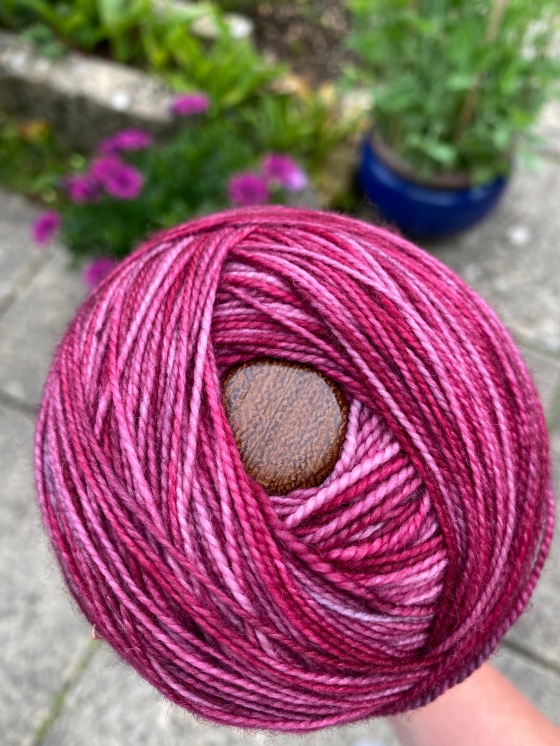 I don’t know about you, but I can spend a very long time looking through patterns trying to decide what to make. This time I just went straight to things already saved in my Ravelry library and picked the first shawl pattern I saw: Close to You by Justyna Lorkowska.

Later I messaged my friend as actually it seems we’re doing a Knit Along! She didn’t pick either shawl in the end, but went for a pattern she’s used before. Here is hers in progress  and here’s mine (there was a knot and undyed piece of merino unfortunately, so I had to cut it. That’s why there’s a trailing end and separate ball. Beautifully hand wound, I think you’ll agree?) 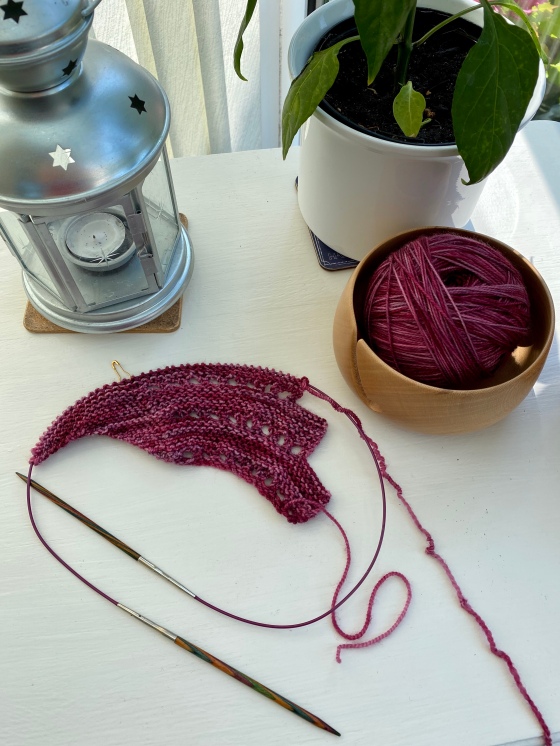 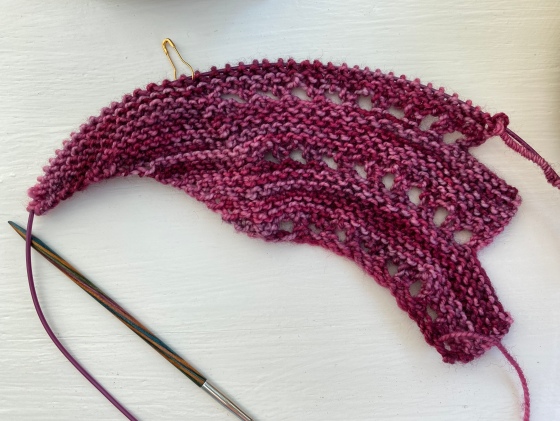 What are you up to at the mo? Are you thinking life’s too short to save yarn for best, do you carry on reading books you’re not enjoying etc?

5 thoughts on “Breaking my own rule”