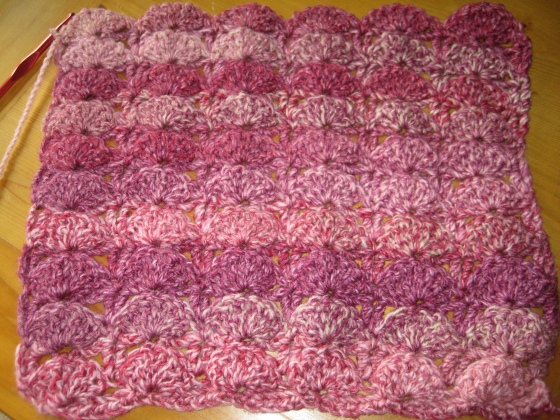 I’ve crocheted another few rows in the brightish light of the morning. The trebles of the Rainbow Granny Stripe blanket are far easier to do when it’s night-time. I’m even able to glance up at the tv now for a second or two. I’m not nearly as good as my friend whom I first met at a convention last autumn. She was looking at the speaker all the time, but her hands were busy beneath the table crocheting! I was in awe and definitely experienced a good measure of wonder too!

She’s clever with beads too, her pendant was featured on the cover of a UK jewellery magazine recently. 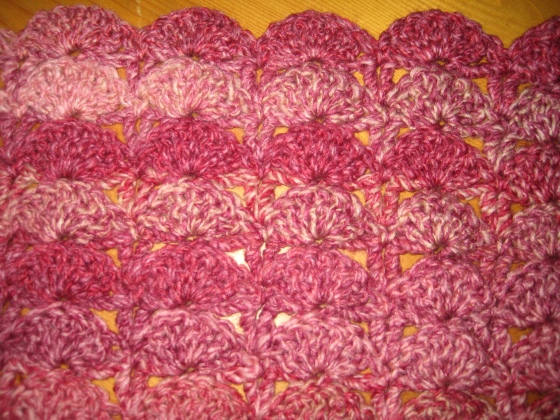 Anyway, I’m losing focus as usual, the main point of showing more Seashell Scarf pictures is I’ve hit a snag. A big one. I looked at the ten rows of seashells and realised it’s too wide. (14″) I’m not actually going to wear the scarf that thick!

I know; it’s like a soap opera now. First I can’t do the dtr and wail, then it’s too narrow with chunky yarn, and now it’s too wide. This is like a version of Goldilocks for beginner crocheters!

Before I undo it all (all those dtrs!!!!) I’m going to consider if it can be used for anything else. I wondered if I could make ten row ‘squares’ and fix them together to make a throw, but will the edges be too wibbly and fragile to do this? Meanwhile I will start another using the second skein of yarn. I’ll try either 26 or 32 ch to begin, since my advisor Caryn has worked out that you need 6 extra ch per shell. Four shells is probably the best width, three was too few, ten is too many. Fingers crossed.

A surprise in the post from V cheered me up in the midst of scarf trauma. There are some good stories about the mice in the cottage. I’ll tell you about the Christmas mice sometime. 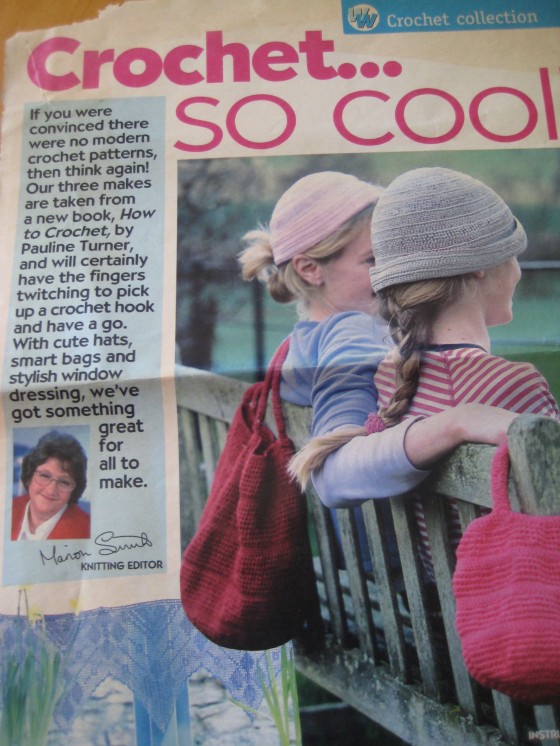 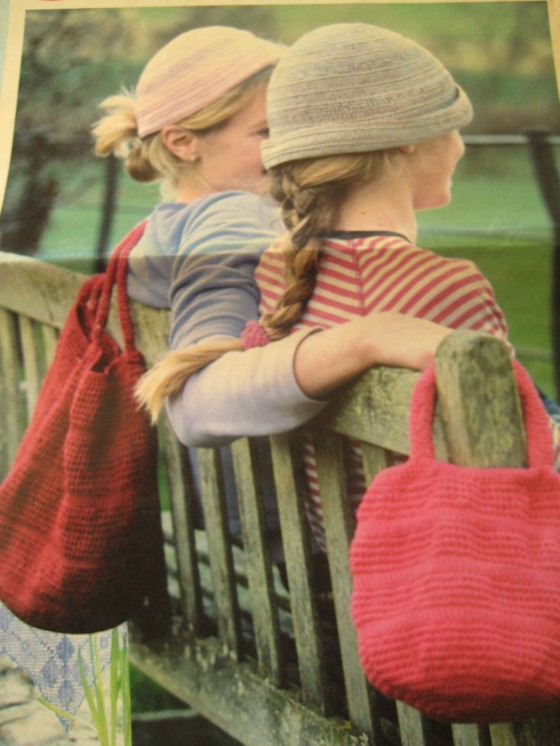 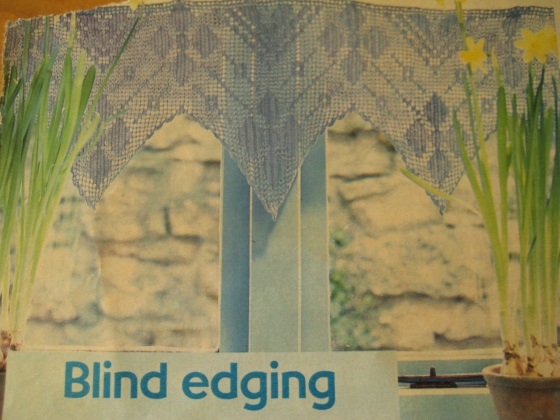 These Woman’s Weekly pages look vintage don’t they? (We don’t seem able to say old these days, it’s all ‘vintage’. As I’m apparently a kool-crochet-kid according to Patch I’m going with the flow.) 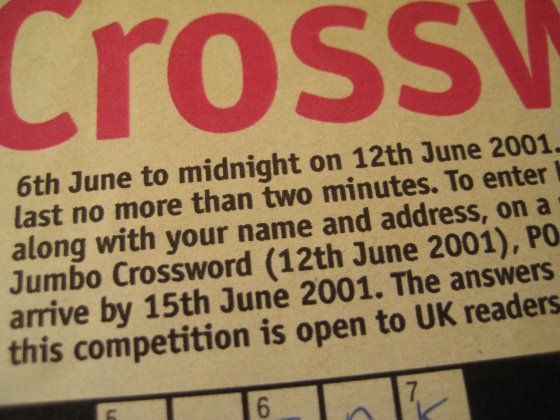 In fact that the pages aren’t really that old at all. :-)

Thank you V for thinking of me. I love little surprises in the post.

6 thoughts on “Goldilocks and the Seashell Scarf”