On Sunday we went to Stowe, a National Trust property, to have a good walk, where we followed a Christmas trail. This was after listening to a mixture of traditional carols and modern Christmas music by Winslow concert band, in the courtyard. The mince pies were successfully avoided till nearer Christmas, go us! Impressive self control I think.

A long walk is always first (at least 5 miles and you should try to get quite hot and out of breath marching up any hills*) which then earns a visit to the cafe for drinks, a ham salad sandwich and a bag of crisps. A mooch around the main shop, and this time the Christmas craft stalls, only at the end. That’s the usual order of the day at a National Trust property. Do you do the same?

The scale and beauty of Stowe have attracted visitors for over 300 years. Picture-perfect views, winding paths, lakeside walks and temples create a timeless landscape, reflecting the changing seasons. Full of hidden meaning, the gardens were created as an earthly paradise and still cast their spell today. Your visit starts at the New Inn visitor centre outside the gardens. This fusion of modern and restored eighteenth-century buildings was where visitors of the past were welcomed to Stowe.

(From The NT app)

A glimpse of Stowe House as we began our walk. It is now a private boarding school. The pupils were out and playing fun games outside in one area by the Queen’s Temple.

I didn’t photograph everything we saw, but these give you a flavour of the Christmas Trail and just a very few of the many landmarks you see as you walk around the Capability Brown designed parkland.

Look beyond the iron railings and this was once the drive which led to the house. 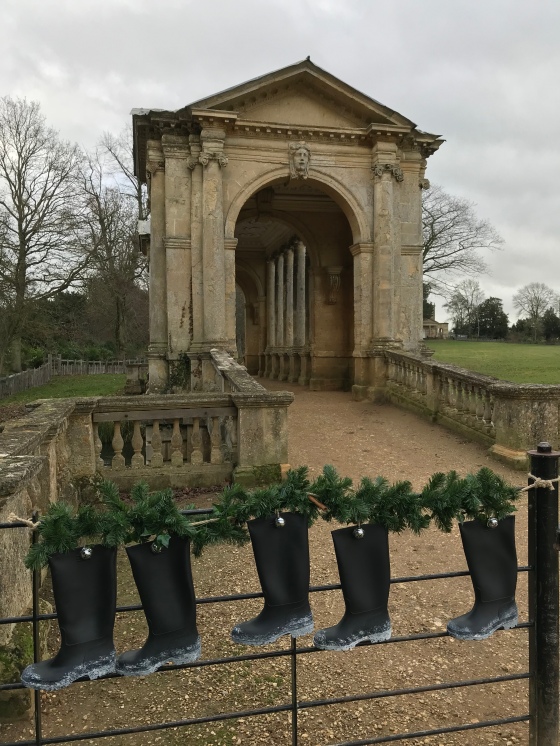 This is the other side of the Palladian Bridge, once you’ve walked through it. The wellies were amusingly titled ‘Step into Christmas’ and a label describes how the head Gardener Barry is going to do a long walk from here to Bath to raise funds for Stowe in the New Year.

It always fascinates me that you can rent the Gothic Temple as a holiday let. What a spooky place it would be at night. 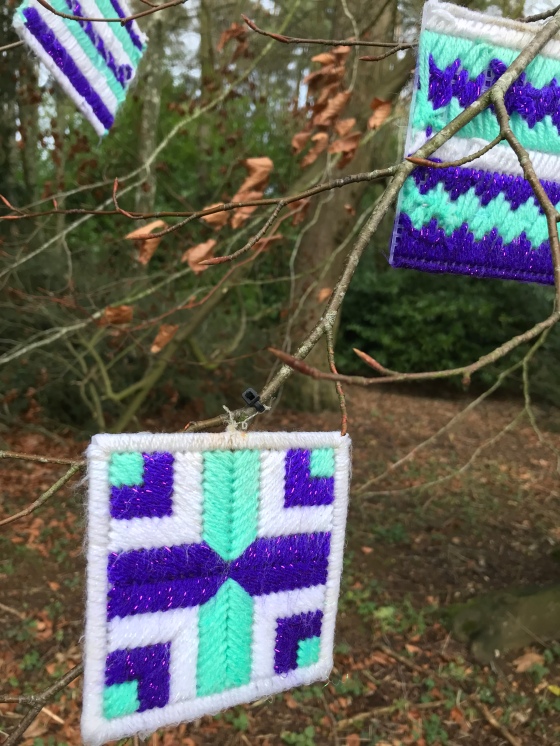 Milton Keynes Jets junior embroidery and textile students have created tapestry decorations using the colours of the Women’s Suffrage Movement in honour of the centenary of the first women getting the right to vote in 1918. They also represent the threads that bind communities together. From the textile industry to sewing for pleasure, the desire to stitch and create is woven through the fabric of time. 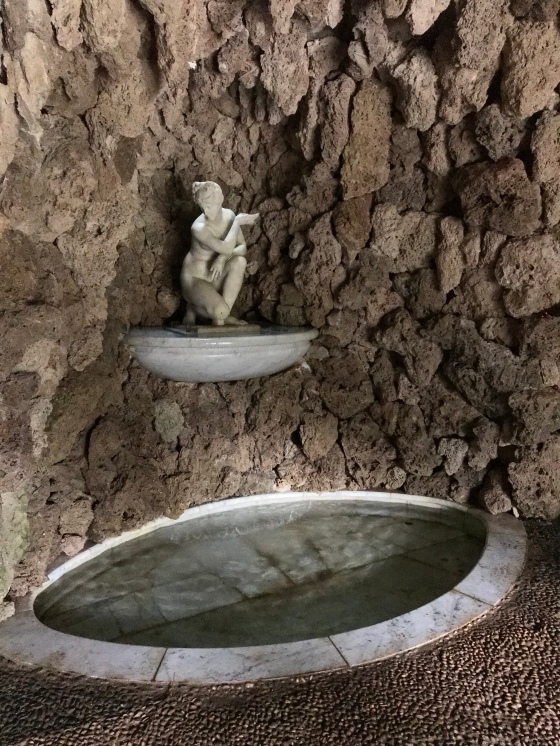 The grotto. Look at the pebbled floor, it must have been done by hand.

You enter through dark, low and narrow tunnels and I’m not sure that Someone thought there was anything much on the other side, so when we entered into the main room with a high roof, the fountain trickling with beautifully clean water and the arch looking out I heard him say “Ohh!” It is a bit special, I felt a magical vibe.

What you can’t see is that in cracks and crevices of the walls were laid little red baubles and greenery. 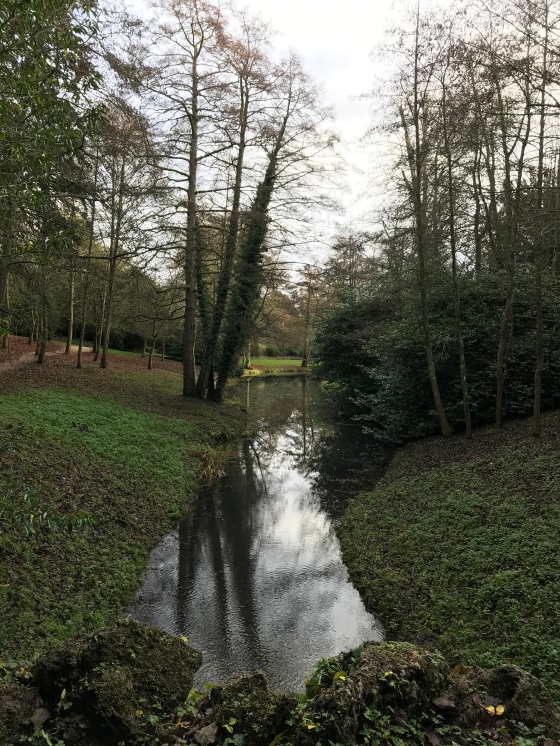 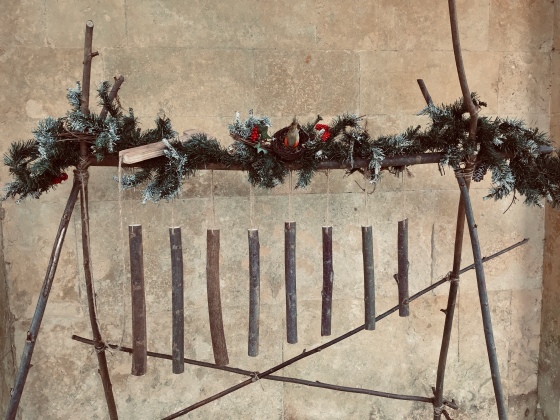 Men in Sheds were originally set up by Age Concern and the local group have made two xylophones for Stowe. They are, as you can see, things of natural beauty. Plus they sound good too. I swear I inadvertently played a Christmas carol really well, but this wasn’t universally acknowledged – #bahhumbug – and now I can’t even remember which one. It’s a secret me and the robin will share.

*I realise that I sound a little like a Sergeant major in the army! It is actually good fun and you feel very energised afterwards.