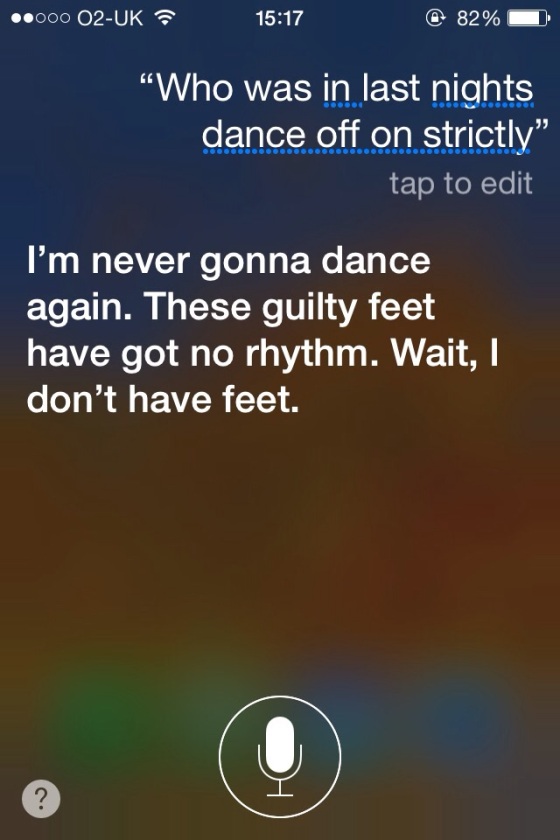 This new Siri is not nearly is sexy sounding as the old guy (yes, we have male voiced Siri) plus his sense of humour sucks! (‘Sucks’ – too much Glee while crocheting. I need to watch something that’s going to increase my vocabulary, not the opposite?!) If you dictate a stupid question, you get a stupid answer – but this was important stuff.

This genuinely made me cringe and yelp a bit when I saw it the other day. Urgh, the thought of dog lick is foul. Cats are fine though…

Everywhere I go I seem to end up stumbling into ‘Christmas rooms’ and this was one of the biggest and the best. It was so lovely I was singing along to Let It Snow and realised there were at least half of a dozen others joining in too.

There’s a thingy on the left which you can just see, where you can put you head up into after crawling under half the table top scene. It’s for children really I suppose and I wasn’t brave enough to have a go, but how cute to see the trains going past your nose and Santa flying past. Can you spot him?
Funnily as I’ve been looking at this as a large sized pic on my iPad, I’ve noticed a few things are leaning or have fallen down. The ice skater makes sense, maybe the couple of cool kids leaning against the rink is a deliberate move, but I’m not sure about the other thing. 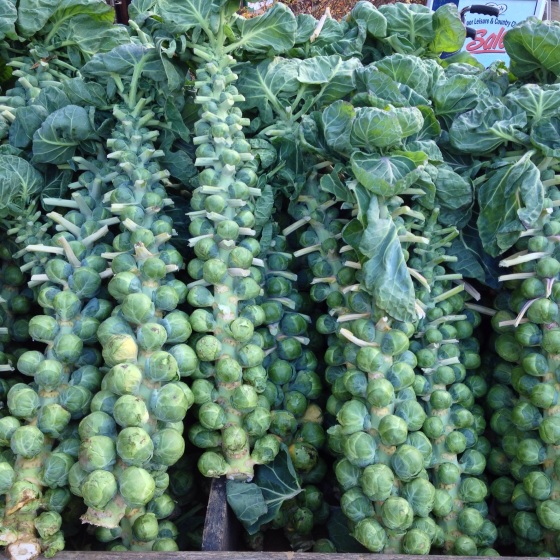 Winter’s definitely on the way when you see sprout sticks appearing in the farm shops. Roast chicken with roast potatoes, parsnips, sprouts and carrots, homemade stuffing with steaming hot gravy over will be happening on Sunday.

I’m going to crochet the border and darn the ends of my ripple over the weekend. The end is in sight!

There are thousands of blogs out there but I’ve realised you can only really connect with a certain number. When one becomes inactive, especially if you’ve followed them for years, you naturally begin wondering if the person is okay. When I started mine I connected with quite a number of people who were also new to blogging. We’ve been in touch for nearly three years now, but lately I’ve realised quite a few of these are only posting sporadically, or have stopped completely. I’m wondering if there is maybe a natural end to a blog? People get busy and interested in doing different things. I know I’m not posting much at the moment; but how many photos of the same ripple blanket do people want to see anyway? Have you also noticed your favourites dropping off?

More importantly: what are you going to be eating at the weekend? I do love details like this.

13 thoughts on “This and That”