Last weekend in London I found myself taking rather random photos but thought I’d share them with you anyway. I don’t have any of the poncho as it’s still a work in progress. One rectangle is finished, the other is probably halfway through. I don’t knit for long periods with 8mm needles as it’s too much for my little hands!

I saw these beauties in Liberty of London, one of my favourite shops in the city, and had to add it to a mental wishlist of things to own one day. Imagine opening such a pretty case which is full to the brim with bright ribbons, threads, wool and cotton? I really can. If I visualize it maybe I can make it happen!

I had a good play with this nifty sewing box, I really like the clever design. I’m always drawn to storage and boxes in particular. I’ve lost count of the number of times I’ve been told to “Step away from the tupperware, wicker, tins, jars, cubes – we’ve got enough already!” 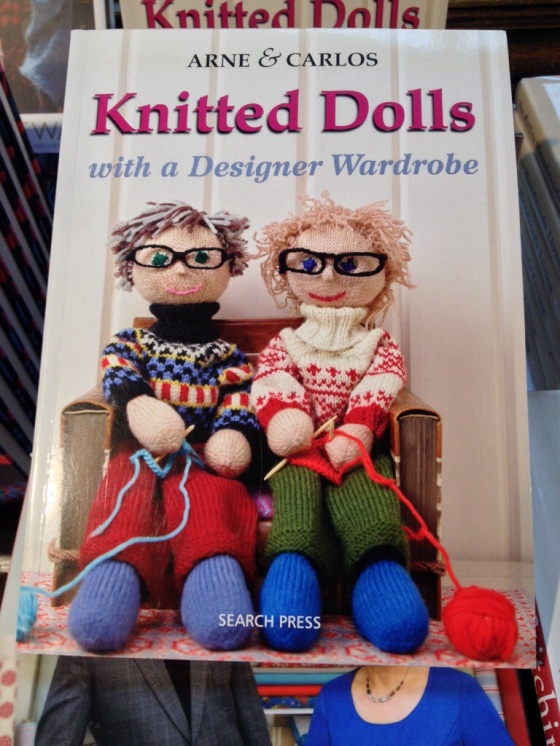 This book is so cute, but after my exploits with the cat who’s still in pieces, waiting to be sewn up then sold for charity by a nice friend, I’m not realistic about the dolls ending up 3D… 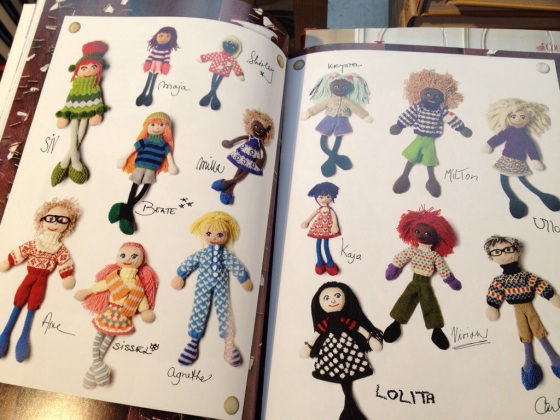 And well, the John Lewis Food Hall is full of Halloween at the moment. I couldn’t stop grinning at these (terrified?) skeleton Gingerbread Men, what a funny idea.

All the orange and black is very eye-catching. 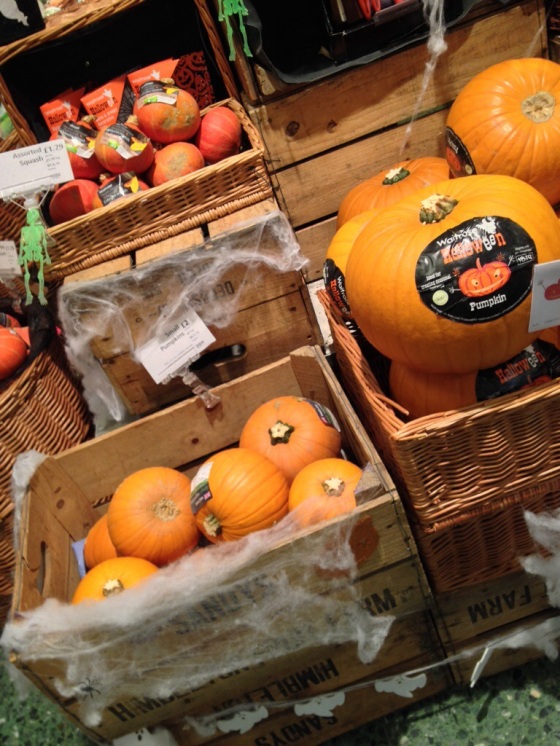 Screme eggs! Ha ha! Tempted though I was by the thought of the delicious green goo in the middle, I resisted since the long weekend was to be full of birthday meals…

Regents Street on Saturday, it was lovely and warm but not a blue sky. Sunday was a different matter – you might have thought we’d been transported back to July. So many were wearing t-shirts and sandals, it was gorgeous. We ate lunch outside and basked in the rays, making the most of it since we’re probably due another 8 month Winter. If we could always have a wonderful Summer like we’ve had I would happily put up with a long Winter.

We ended the weekend with a look around Selfridges. Here’s the man himself made out of jelly beans. I was amused to see some are missing – proving that if it’s edible people will eat it!

MMmmmm aren’t these lovely. (We resisted.)

This week has included cooking chilli, homemade soup, jars of apple & sage jelly to go with Winter roasts, (would anyone like some cooking apples? It’s been a bumper harvest and the apples are HuGe) snuggling down in bed reading Naked by David Sedaris and lots of washing hanging about the house. Welcome to the new season.

As I’m mostly in a knitty frame of mind in the evenings, and occasionally picking up my crochet hook to do more of the hot pink scarf, I haven’t begun with joining my 200 Blocks CAL squares together, or even thinking about them too hard if I’m honest. I don’t mind the thought of doing it at all since I’ll be using crochet to join, but my mind is full of other things. I’ve been in touch with the CAL keeners and they’re all fine with their own joining matters, or pausing like me. One day you’ll see all the blocks laid out and be reading of my planning and dithering for a cottage garden something but just not yet. :-D

What are you up to at the moment? I love hearing from you, as always.

14 thoughts on “This and that in London”