So, as I mentioned yesterday, I’ve tried out a new crochet mouse pattern provided by the organisers of the Mile of Mice fundraiser in aid of The Alzheimer’s society and attempt to break a Guiness World Record for a Mile of Mice.

I crocheted Harry using some Stylecraft Special Dk and a 3.5 mm hook as someone had said the pattern came out rather big. As long as he measured 9″ from the tip of nose to end of tail it didn’t matter, but I fancied using a smaller hook for a change from the usual 4mm. 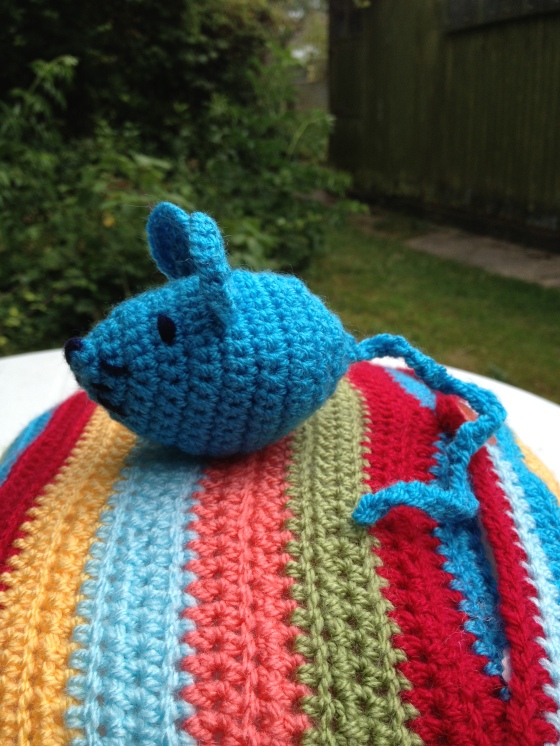 He is undeniably not quite as elegant as Gerald and the rest of the knitted crew, but Harry seems to have bags of personality.

In fact as I tried to get him to pose sensibly he seemed to be flirting a tad. 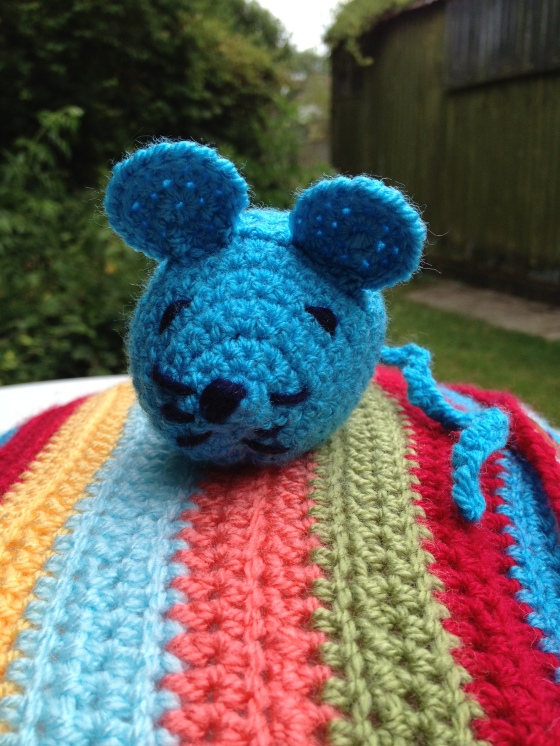 But then he looked as if butter wouldn’t melt. You need to keep your wits about you with Harry around.

If you’d like to crochet a flirty mouse, or knit his elegant cousin, see the Facebook group (link above) for the free patterns and details, or look for the ‘KAL: A Mile of Mice’ group on Ravelry which I set up in support of the project. I’d LOVE to see your meeces.

9 thoughts on “Harry the flirt”