As you know I was halfway through Nicki Trench’s swishy scarf on Wednesday, but now it is no more. As I crocheted and followed the pattern round by round I began to wonder how the pattern was actually going to translate into the pictured scarf. But I’ve made quite a few items from the Cute & Easy Crochet book, what do I know? Then I came to the final round and really didn’t understand the instructions. I believe they needed to be punctuated with a few ( ) and [ ] to make sense. As Google is a friend I entered some search terms and found others who have found the same. One offered a translation of the round, adding the relevant marks. Another stated that the pattern does not actually create the pictured the scarf (!!!!), adding rather bluntly that scarves crocheted using the pattern look a mess. I have to agree with her first observation.

Lesson learned: Check the net for corrections to patterns before beginning. Check Ravelry which is chock full of pics of completed projects, helpful hints and comments. It’s just a waste of time and energy otherwise. Trust your instincts, you’ve followed enough patterns now to know when something doesn’t feel right.

I’m making another, simpler, winter scarf now and enjoying the repetitious crochet. Do you love my yarn bowl? Quite a beauty isn’t she? 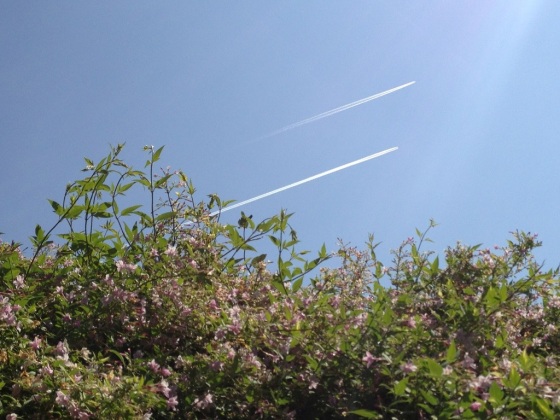 Outdoor crochet while listening to an audio book is highly recommended. But I bet you already know this.

A visit to a Canal Museum with fingers crossed that I would see the photograph of the man with the same surname as me when I was little,  when I convinced (perhaps) my classmates that he was my Great-Grandfather. It’s no longer there, too many changes of display since that silly day.

There are some displays of crochet here; a boat woman’s best bonnet with crochet trimming and granny square blankets adorning the replica of a narrow boat cabin. 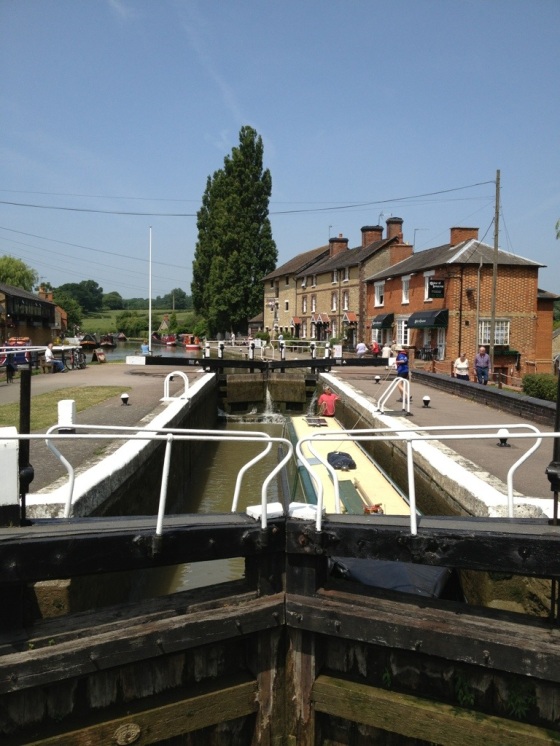 The museum is in the far end building on the right.

A water based garden complete with greenhouse. The plants looked luscious and well-tended. 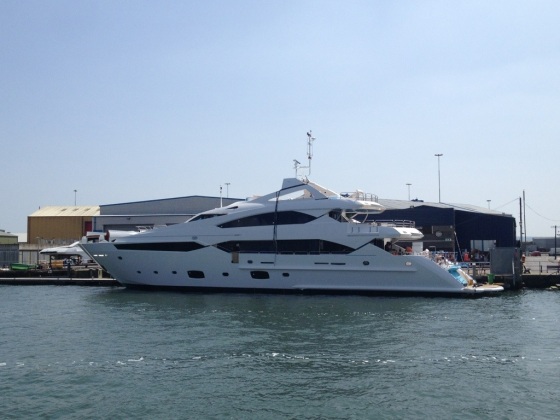 A visit to Poole which has the second largest natural harbour in the world, after Sydney. If you were to walk around it you would walk for 99 miles apparently.

I would very much, thank you please, like this huge Sunseeker boat. A floating gin palace as Somebody says. It was being fitted out, I think, as many men in orange vests swarmed about its deck. 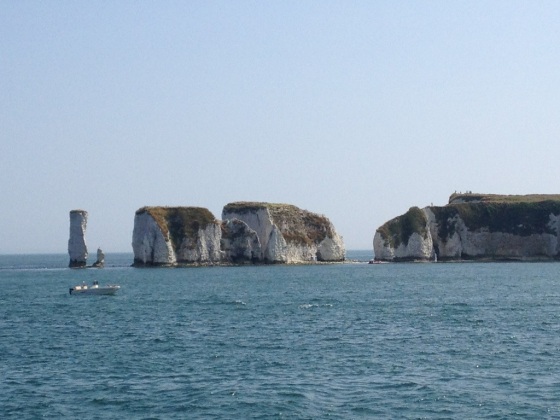 A boat trip around to Old Harry Rocks, drinking in the sight of all the yachts under sail, the speedboats zooming along and not least the tractor and lorry on the back of a ferry.

Lesson learned: After slipping in the shower, doing a back-flip out of the bath, skidding across a tiled floor  & ending up under the basin clutching half a shower curtain I’ll always be using hotels’ safety bath mats from now on. It’s not for when you’re a fragile eighty year old, its time is now, for all. (One blue bruise and a sore lower back luckily. It might have been so much worse.) Oh, one more thing – a big cushiony rear is not always a bad thing.

What have you learned lately?